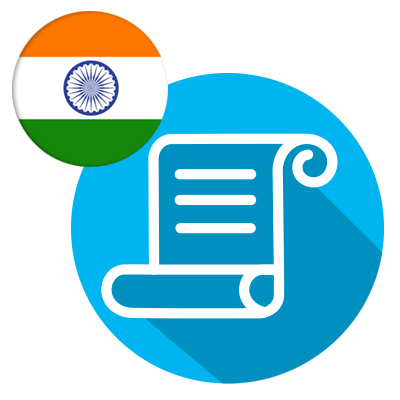 India, with its large disease burden and experienced medical professionals, has been actively contributing to the global drug development, for more than a decade. However, the recent changes to regulations, although intended to safeguard patient rights and ethics, has turned out to be a major dampener for the pharmaceutical industry.
The Ministry of Health, in response to public interest litigation, filed by a Non Governmental Organization (NGO), Swasthya Adhikar Munch, in January 2012, amended the regulations governing clinical trials in India via gazette notifications (G.S.R. 53 (E) dated 30th January, 2013, G.S.R 63 (E) dated 1st February, 2013 and G.S.R. 72 (E) dated 08th February, 2013).
Whilst revisions of GSR 63 (E) and GSR 72 (E) are certainly positive developments toward strengthening clinical research regulations in India, the Rule 122 DAB published via G.S.R. 53 (E) contains clauses that challenge the core principles of clinical research.
Of the various changes proposed in G.S.R. 53 (E), the most debated ones are Rule 122 DAB Clauses 5(c) and 5(d). According to these, injury or death of subjects due to failure of investigational product to provide intended therapeutic effects, and, use of placebo in placebo controlled trials, respectively, shall be considered ‘clinical trial related injury or death’ and will be liable for compensation from the Sponsor.
Publication of these rules resulted in various stakeholders from the clinical research industry voicing their concern with the Ministry of Health in February 2013. In response to the industry outcry, the Directorate General of Health Services (DGHS) formulated an independent expert committee in March 2013. Comments from the industry were reviewed by the Drugs Technical Advisory Board (DTAB) at its meeting held on 16th May, 2013 and recommendations for revision to the conflicting clauses of Rule 122 DAB have been proposed by the DTAB to the Ministry of Health. Amongst others, the DTAB recommendations include deleting the controversial Clause 5(c) and modification to the Clause 5(d) of Rule 122 DAB.
A recent hearing of the writ petition No 33 of 2012, Swasthya Adhikar Munch versus Ministry of Health and Family Welfare, was conducted by the Supreme Court of India on 26th July, 2013. The court acknowledged the steps taken by the Ministry of Health to strengthen the regulations for conducting clinical trials in India. However, representatives from the state governments argued that they had not been consulted by the Ministry of Health prior to implementation of the corrective measures. The Supreme Court has now ordered the Ministry of Health to convene a meeting of the Chief Secretaries / Health Secretaries of the State Governments and the Administrators of the Union Territories, expeditiously and positively within four weeks from 26th July, 2013, to discuss all the facets and aspects concerning the legal framework for strengthening the regulations of clinical trials and other incidental matters. The court has also ordered the National Human Rights Commission, NGOs/ bodies and proposed interveners to submit their suggestions to the Secretary, Ministry of Health, in respect of regulation and monitoring of clinical trials within two weeks from 26th July, 2013. The next hearing of Supreme Court is scheduled for 24th September, 2013.
While the process is taking a long time, it certainly seems to be moving in the right direction. Please keep visiting our blog for updates on this issue.