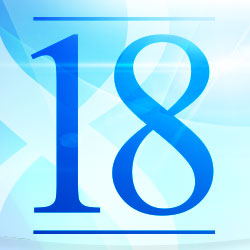 ADAMAS Consulting started on 1st September 1997 with five full-time auditing staff, based in the UK, but operating globally. ADAMAS’s business goal was “to become the global independent pharmaceutical Quality Assurance service provider of choice” – so how have we done?
Since 1997 we have worked with almost 500 pharmaceutical, biotechnology, generic, medical device companies and academic institutions. We have conducted audits and provided training and consultancy in almost half of the countries in the world – 90 out of a total of 196. We have worked with 24 of the top 25 global pharmaceutical and biotechnology companies, several of which have been, and remain, clients for many years.
ADAMAS has grown from a small UK-based company to a global firm with subsidiaries in the Americas and the Asia-Pacific region. ADAMAS now employs 45 permanent staff and has the largest independent team of GCP, GVP, GLP and GMP auditors in the world. We believe that selecting, recruiting and training our own staff is what makes the quality of our work stand out from the competition.
ADAMAS has astutely included former GCP and GVP regulatory inspectors in their team, who provide invaluable support to companies before, during and after regulatory inspections and share their skills to train internal staff. ADAMAS also has a dedicated team of GVP auditors in our GVP Practice, all of whom have several years of operational experience in pharmacovigilance.
Our highly experienced and skilled team has supported companies through the implementation of ICH E6, the Clinical Trials Directive 2001/20/EC, the GCP Directive 2005/28/EC, and the Pharmacovigilance Regulation 520/2012. We are now supporting companies in preparing to implement the new Clinical Trials Regulation 536/2014.
Several of our senior staff also contribute to many professional bodies including RQA, SQA, DGGF, DIA, ISCR as well as universities in the UK and India. Many are active as board members, have representation on committees, working groups, and within academic departments, contributing to the development of the profession.
As a specialised, independent consulting firm we have achieved a great deal in 18 years, but there is still more to do. We are striving to educate the industry that QA is not just about audits and a tick box exercise to keep the regulators happy! The experience and knowledge of our staff can help companies develop smarter and more efficient ways of working, whilst maintaining compliance. In order to be successful, our industry has to make research and development more cost-effective and ensure products reach the market faster to meet patients’ needs – all this has to be achieved in the face of increasing legislation. ADAMAS can help.